8 Things about Galway That Dublin Doesn’t Have 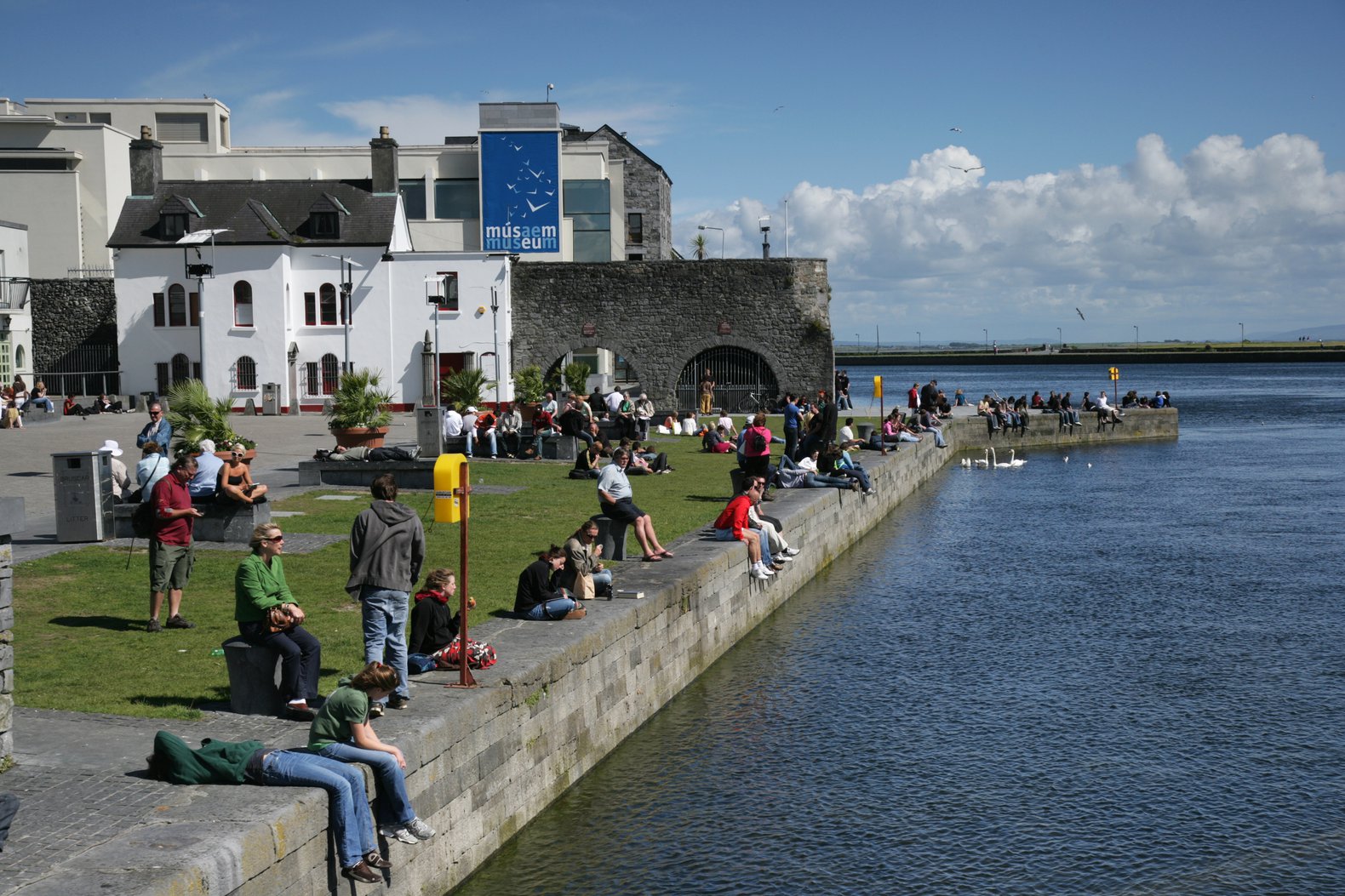 On a Saturday, morning forgo your Weetabix for Boychik Donuts. Start at the Shop Street side of the market and meander past the myriad of enticing food stands selling everything from olives and cheese to sushi and oysters. At the St Pats National School end Daniel Rosen will rustle up his sumptuous donuts, tossed in sugar or cinnamon, whatever your fancy. There’s surely none to compare. A caveat; one is never enough. Humming a tune as he goes, Daniel is a true character (In Ireland, a character is someone with an interesting personality) too with many a tale to tell.

This stalwart café and restaurant has more awards than you can shake a sourdough at, including a Michelin BIB. Owners David and Jessica Murphy are passionate about what they do, never cease to amaze and at no time disappoint with their splendid dishes. Ingredients are fresh and locally sourced. Menu changes daily. Their cakes are unreal to boot! A real Galway treasure. 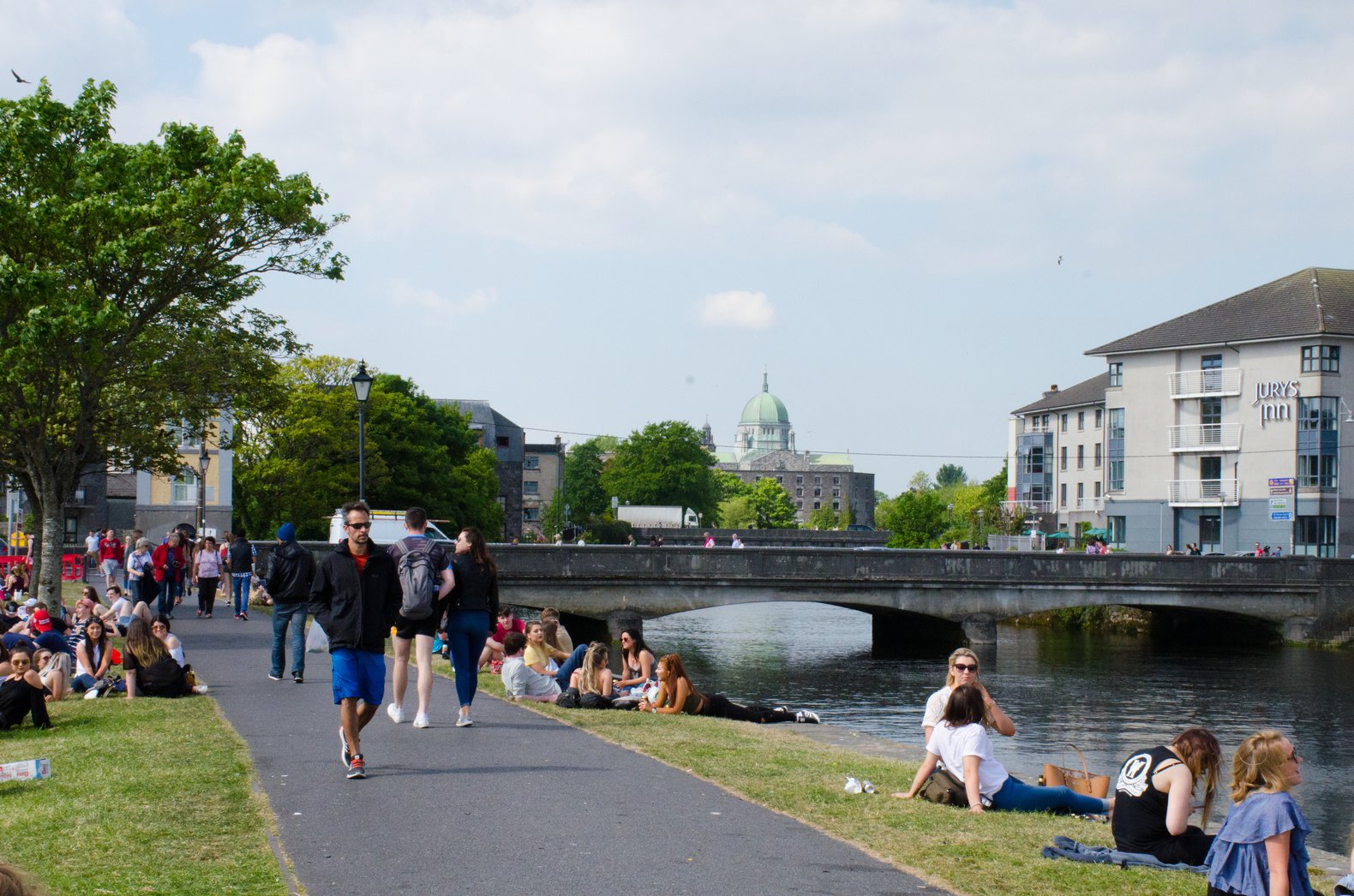 Connaught no longer lies in slumber deep. The West’s awake after 29 years. The year 2017 was like no other for hurling. Dublin for sure have Gaelic football, but Galway has hurling, the fastest and most skilful game in the world (NOT fakenews). Unreal. The hunger and visceral yearning to claim the Liam McCarthy Cup was savage and that was just the fans. The players, warriors all on the field, did us proud and brought the Liam McCarthy home. The All-Ireland famine ended. May 2018 be as bountiful.

Whilst the Claddagh was outside the walls of the city fadó fadó fadó,  we still call this popular ring Galway’s own. Unquestionably, you won’t find its equivalent in Dublin. Symbolising friendship (hands), loyalty (crown) and love (heart), the ring is worn by the world and its mother including many celebrities. Stores of its origins abound with one of them being the legend of Richard Joyce, of the Joyce tribe and native of Galway. Allegedly he left his luveen behind to earn a few bob and ended up in the West Indies (you’d bump into one of us anywhere). His ship was captured and he was sold to a Moorish goldsmith and did his apprentisehip in Algiers. When King William III demanded the Moors release all British prisoners, Richard Joyce was set free. The Algerian goldsmith was quite fond of the lad, offered Joyce his daughter and half his wealth should he stay, but his heart was back in Galway. He returned home to marry his awaiting love. During his time with the Moors he fashioned the ubiquitous ring as a symbol of his love for her. And sure, they all lived happily ever after luveen.

Dublin may have the Liffey but we have Lough Corrib and the River Corrib. Whilst the former is the largest lake in the Republic of Ireland, the latter is one of the shortest rivers in Europe connecting the lake to the sea. The lough is reputed to have 365 islands, one for each day of the year. The largest, Inchagoill Island, has magnificent views of the Maamturk range, Joyce Country and the Connemara mountains. Access to the island during the summer months is by hiring a local guide or Corrib Cruises. Lough Corrib is renowned worldwide for its fishing, in particular salmon and wild brown trout with the Mayfly Festival gathering large numbers each year to Oughterard, gateway to Connemara. One of Lough Corrib’s most famous residents was Oscar Wilde’s aul lad, William Wilde, who built Moytura House on the shores of Lough Corrib, where he spent his final years. 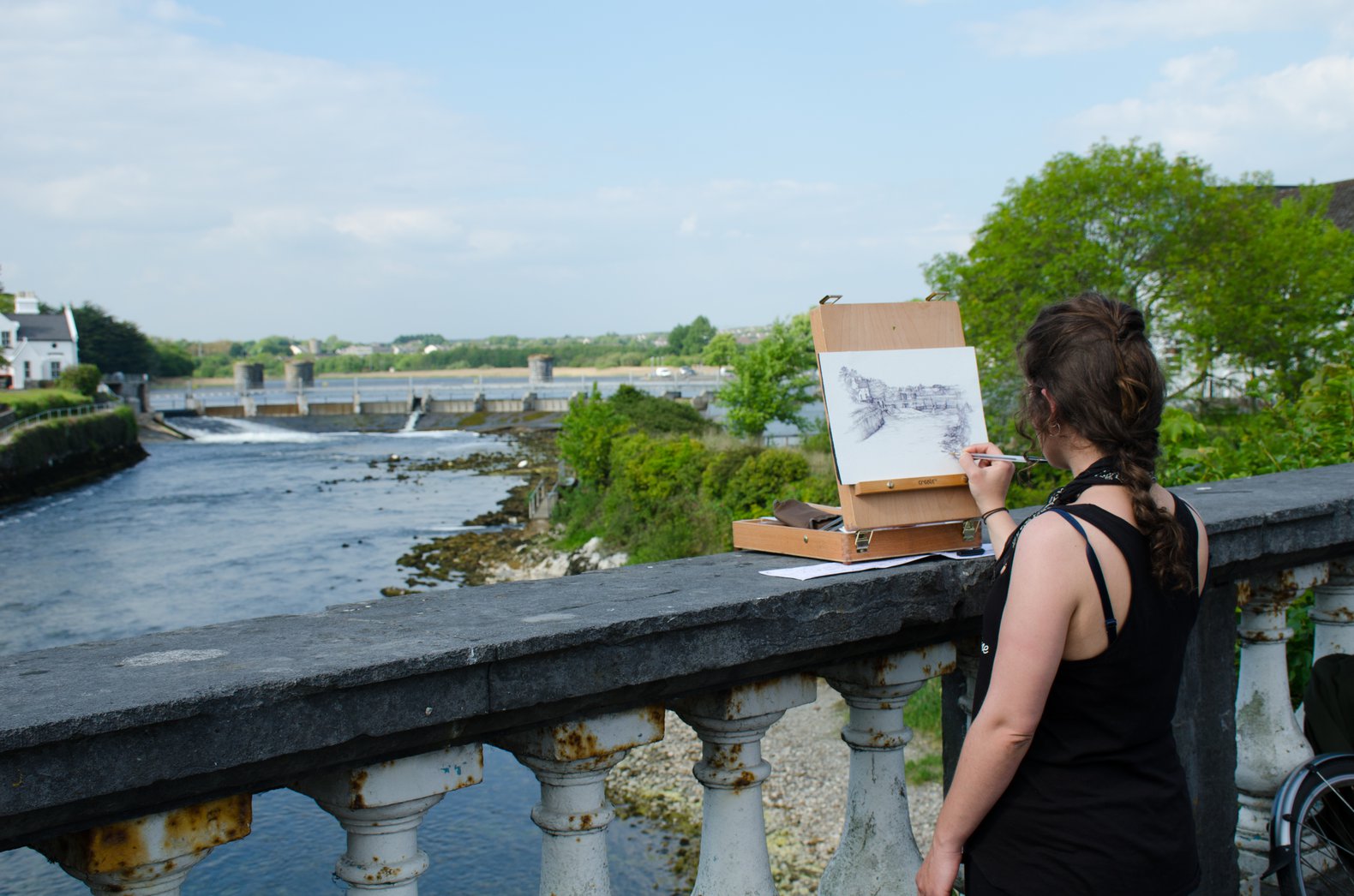 No, not the beer. The black and maroon Galway Hooker (húicéir) is elegant in design, with a distinct silhouette, unique to Galway and the Connemara coast. The symbol is ubiquitous in the City of the Tribes. The Bád Mór (big boat) and Leathbhád (half boat) were traditionally used to transport turf from Connemara to Kinvara. Now the boats are sailed for leisure and skillfully raced during the competitive season with Kinvara’s Crinniú na mBád being a highlight annually.

No doubt Dublin has its seaside walks like Monkstown, Dunlaoghaire and Bray. But they’re not the same as our own Salthill Prom. On a clear day you can look across at the muted purples of the Burren and Clare Head. On any given Sunday afternoon, the Prom is thronged with walkers stretching their legs after the obligatory Sunday roast. Along with their pooches young and old, from near and far, stroll the Prom to ‘kick the wall’.  Stop for a coffee or a 99, have a little rest on one of the benches and watch the world. Salthill’s iconic Blackrock Tower, hail, rain or shine is a beacon for brave souls who dare to fling themselves from the top or face the walk of shame back down again. A rite of passage for those of us who grew up in Galway.

This tall, white haired, distinguished looking Galway native is an internationally acclaimed crime writer. Whilst the troubled capers of Ken Bruen’s famous Garda-coat-wearing, whiskey-drinking, crime-solving, navel gazer Jack Taylor (The Guards, The Killing of the Tinkers) are best read, the TV adaptation with Ian Glen (Ser Jorah Mormont on Game of Thrones) is worth a gander. As it’s shot in Galway half the craic is location spotting. You might even see yourself on the telly! Ken, you’re pure Galway aul stock. And his latest book, The Ghosts of Galway is sure to be a cracker.

Galway is one of Ireland's greatest treasures. Situated on the Atlantic west coast, this vibrant city – like its people – is warm, friendly and welcoming.