Explore the wonderful wilderness around Galway

Many students who come to Galway Cultural English (GCI) to improve their English have a great time exploring some of the spectacular sights around Galway, including Connemara, the Aran Islands, and the Cliffs of Moher.

Indeed, weekend to all three wonderful destinations can be booked from the reception desk at our language centre in Galway.

But did you know that there are equally amazing – and far less visited – places to visit just an hour or two to the north of Galway City?

Have you heard about the famous ‘Pirate Queen’ who used to torment ship captains in Galway Bay from her secret base in Co Mayo?

Have you heard about the famous mountain, Croagh Patrick, which has been climbed by people in the West of Ireland as a pilgrimage for hundreds of years.

If you are coming to GCI to study for a week or two, you must take the opportunity to explore the wonders of Clew Bay and Croagh Patrick in Co Mayo! 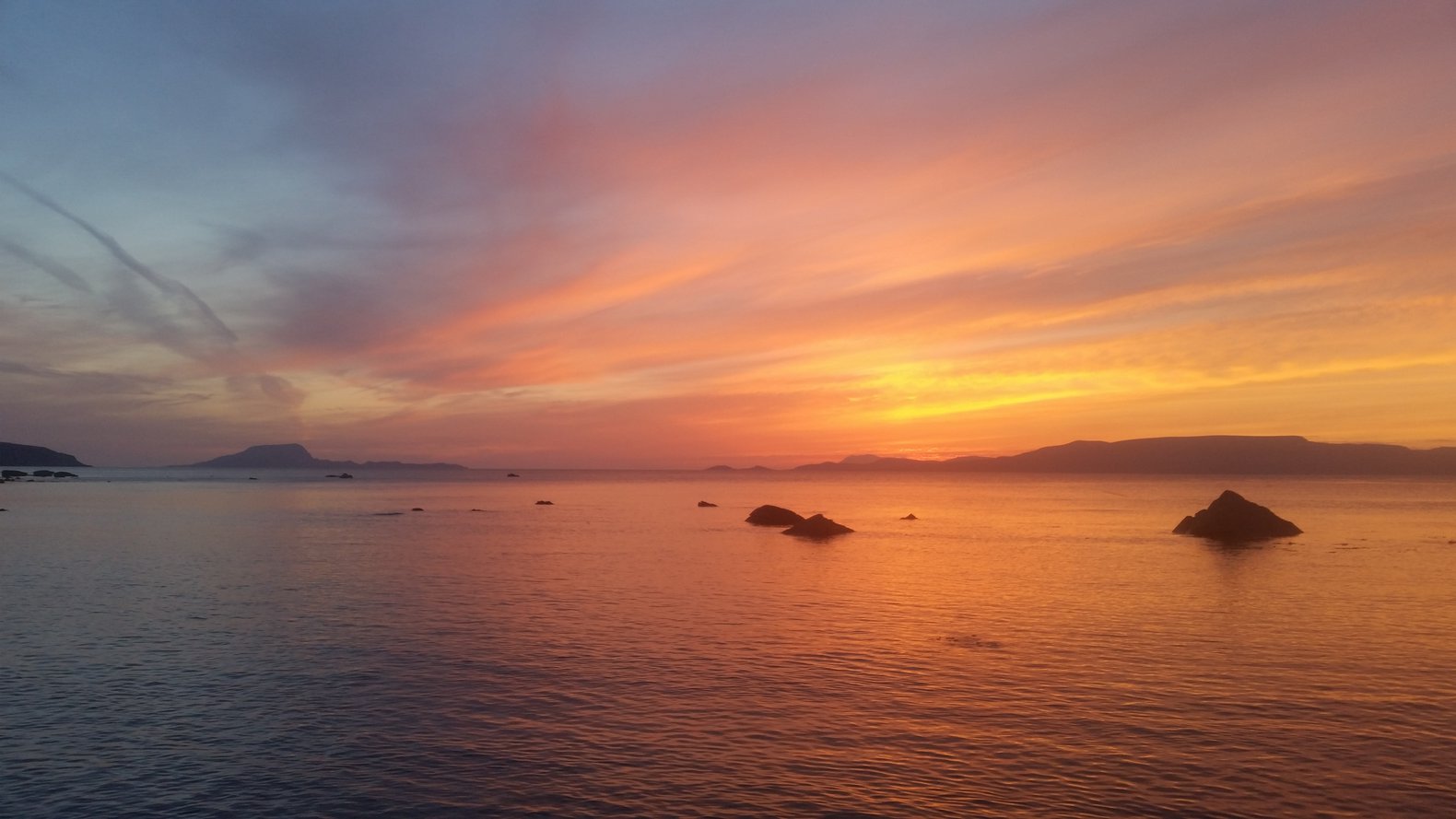 This spectacular part of the West of Ireland, right on the edge of Europe, was the subject of a fascinating talk in Galway this week by a man called Michael Cusack, who moved there after living in the United States for 27 years.

Michael believes you are really missing out if you don’t get to visit the 142 beautiful islands of Clew Bay at least once in your life.

He has written a new book about the amazing history of this place which is located less than two hours by car north of Galway City and GCI!

A well-travelled man with a keen interest in folk history, the art of telling a story, and the beauty of one of Ireland’s least-known unspoilt treasures, Michael has just written a book about his love for Croagh Patrick and the 142 named islands of Clew Bay.

Many students at GCI are taken aback by the stunning beauty of the Cliffs of Moher and Connemara, but Michael believes they are missing out if they don’t check out the truly unspoilt paradise on the western shores of Co Mayo.

Five years after moving home from the United States, he loves the place, not just for the spectacular scenery, but the friendliness of the people and the wonderful traditional music in the pubs.

“If you are willing to put up with rain or the wind, I have to say that the quality of life in the West of Ireland is better in so many ways - not least because the people are genuinely friendly.”

Michael realized a dream this week when he launched a new book entitled ‘Croagh Patrick and The Islands of Clew Bay’. It’s a look at the legends and folklore of this beautiful place, but also a social history of an area that was decimated by the Great Famine and waves of emigration to North America.

“Clew Bay has 142 islands and it’s the only part of Ireland that has this particular type of drumlins. We have boat cruises that go out from Newport and Westport. It really is one of the most beautiful places in the world, I think, when you can look out at Croagh Patrick to the south or the Nephin mountains to the north,” he says.

“If you climb Croagh Patrick on a clear day, there really are no better views anywhere in the world. And now I am lucky enough to be able to guide people who want to climb ‘The Reek’, as everyone here refers to the mountain, or to bring them on boat or cycling tours.” 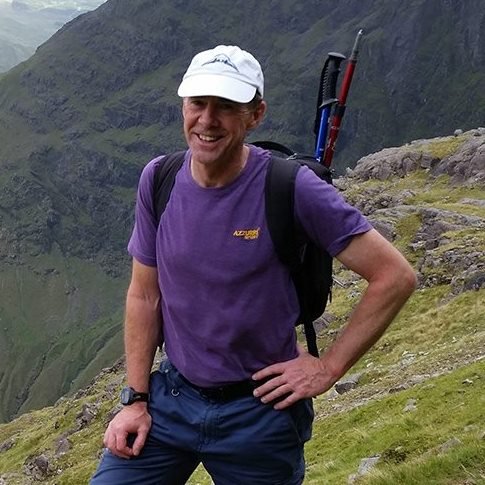 Michael has researched the local folk tales about “Pirate Queen” Grace O’Malley, who operated out of Clew Bay in the 16th century. Before the British colonisers had fully mapped out the west coast of Ireland, she used to torment ship captains up and down the coast.

Grace (1530 to 1603) loved seafaring. She commanded a group of pirates who regularly raided boats on their way in and out of Galway City, before retreating to their secret hideout in Clew Bay.

At a time when few women had any authority, she was seen as a hero by the people of Connacht who were not exactly big fans of the British Empire, which ruled over Ireland at the time.

Grace, who spoke no English, famously used Latin when she travelled to London to converse with Queen Elizabeth and refused to bow down to the British monarch, as she did not recognise her as the Queen of Ireland.

Michael’s new book also contains much more modern stories, such as the tale of how John Lennon of The Beatles purchased the island of Dornish in the late 1960s.

His partner, Yoko Ono, was swooped upon by nesting turns on her first visit to the island and swore she would never return. Instead, they allowed a group of hippies to set up a commune on the island.

If you do visit Clew Bay, with its 142 beautiful islands, make sure to ask the locals where the ‘King of the Hippies’ used to be based!

While the place is spectacular, Michael’s book also looks at how so many people from this part of the West of Ireland had to move to North America in tough times.

He looks at the deserted villages, where everyone left for America, and how sad it was that so few stayed behind during the Great Famine of the 1840s.

“So many people went away to America and never came back. There are quite a number of deserted villages. One area, which is at the end of a road, is called the Lost Strand. It’s a great example of a famine village which has been deserted.” 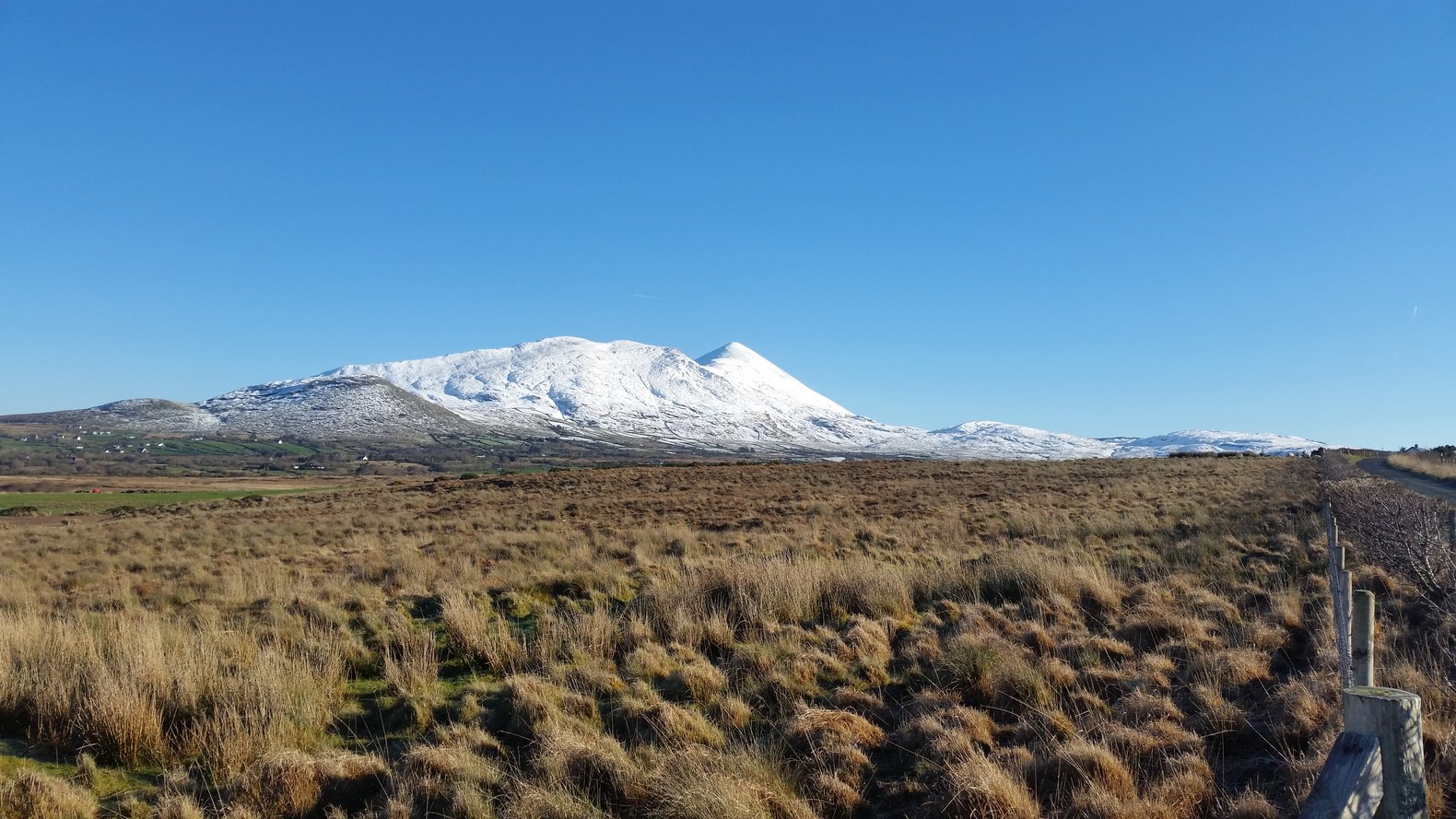 But the area also has remarkable treasures and a fascinating history. Did you know, for example, that there are no snakes in all of Ireland?

If you climb the 765-metre summit of Croagh Patrick, you can find the place where Saint Patrick fasted for 40 days before banishing all the snakes from the island of Ireland.

“It’s not hard to be inspired by this part of the world,” says Michael Cusack. “It is one of nature’s great spectacles. It only takes a few minutes of climbing up Croagh Patrick to see why. The swarm of drumlins across Clew Bay is unlike anything else in Western Europe.”

‘Croagh Patrick and the Islands of Clew Bay’ by Michael Cusack is available to purchase from http://amazon.com/ or http://booksatone.ie/. GCI students who would like to explore this beautiful part of the West of Ireland can find out more about Michael and his personalised tours of the Mayo wilderness at http://thereek.com/

All photos are courtesy of Michael Cusack. 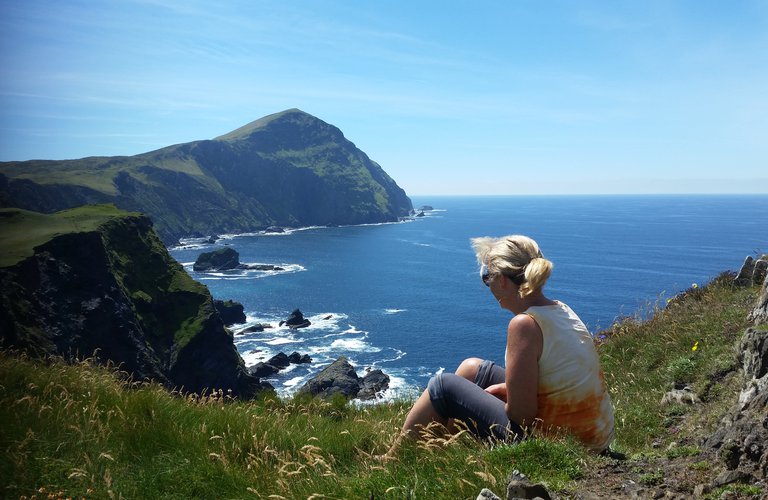