From Guadalajara to Galway – a successful story

Students from all over the world come to Galway Cultural Institute (GCI) to improve their English and enjoy the rich Irish culture, but not too many can say their main aim is to boost the career of their rock band.

Two years ago, that’s exactly what two brothers from Mexico did. As their rock band, Bardon, was getting plenty of interest from countries such as Poland, Switzerland, and Spain, Guillermo and Caesar Lara Franco decided to cross the Atlantic to try out a new life.

The only complication was that their drummer decided to stay in Mexico. But, just a few days after arriving, they met a new drummer from Brazil in a Galway gym!

The brothers loved Galway, and Galway loved them, so much that they are still here more than two years later! 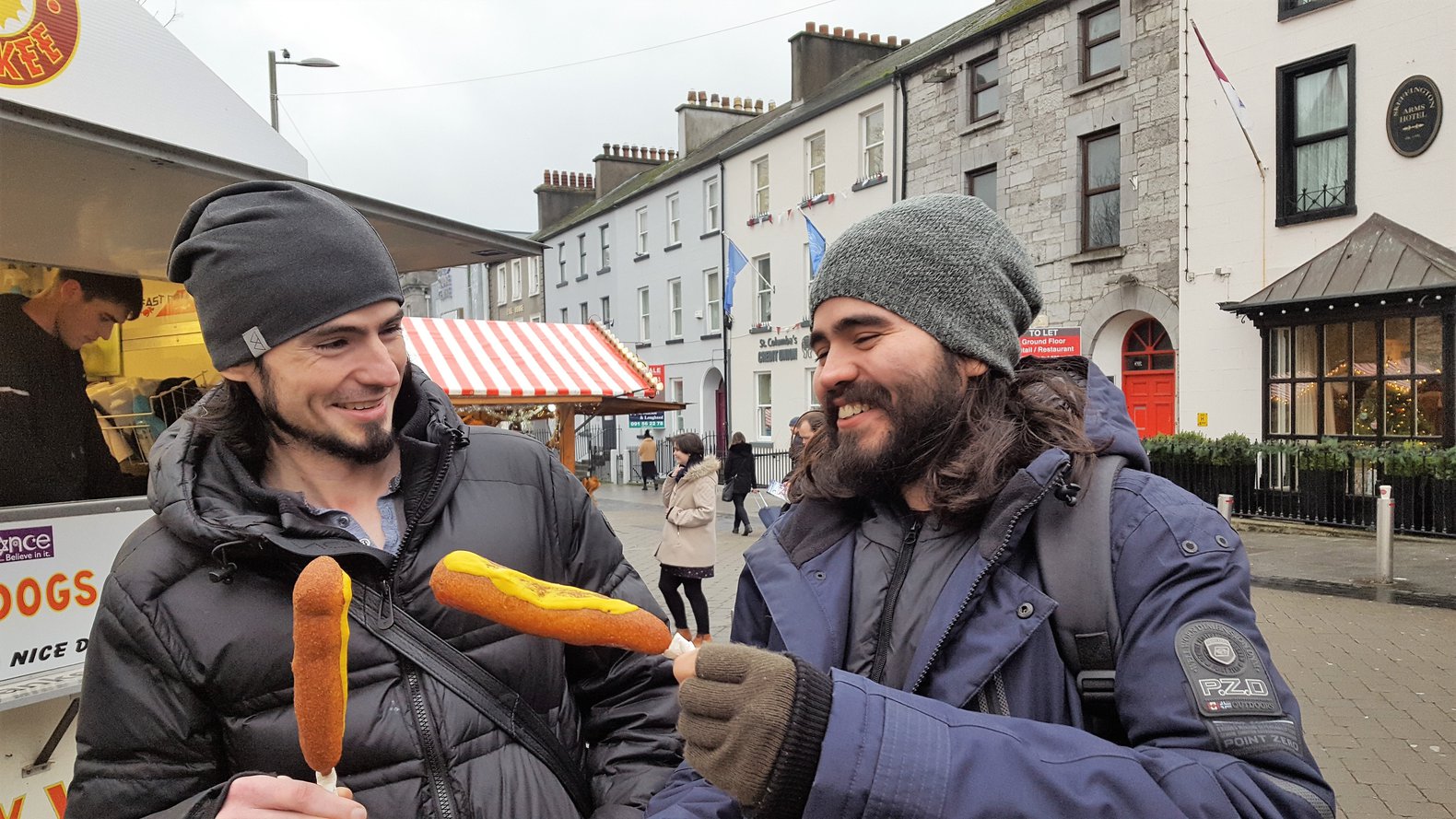 From language study to a business degree

After studying English for one year, they have decided to take on another challenge.

All our students could choose to study an undergraduate degree in business in our sister school, Galway Business School if they wish to further their education to a university level. So did Guillermo and Caesar. They moved from studying English at GCI to studying a business degree at the Galway Business School, which is also located at our stunning premises by the sea in Salthill.

Living and studying in Galway has allowed them to explore Europe in their free time and play gigs across Ireland, Switzerland, and Spain. And Guillermo, who came to Galway with a high level of English (C1), has become such a popular figure at GCI that the school management even offered him a part-time job.

Guillermo and Caesar, who are from Guadalajara, had already lived in Canada for a year. But after analysing the streaming data for their music, they realised that most of their fans were in Europe.

So they decided to make a big change by moving to Galway!

“Most of our audience was in Poland,” says Guillermo. “It wasn’t a huge surprise, because the name of the band is Polish, even though we had three Mexicans in the band!

“We started to think about places to live in Europe. We had already taken French classes when we lived in Montreal, which is in the French-speaking part of Canada. So we looked at the idea of coming to Ireland. Our drummer had other commitments in Mexico and he decided not to come with us.” 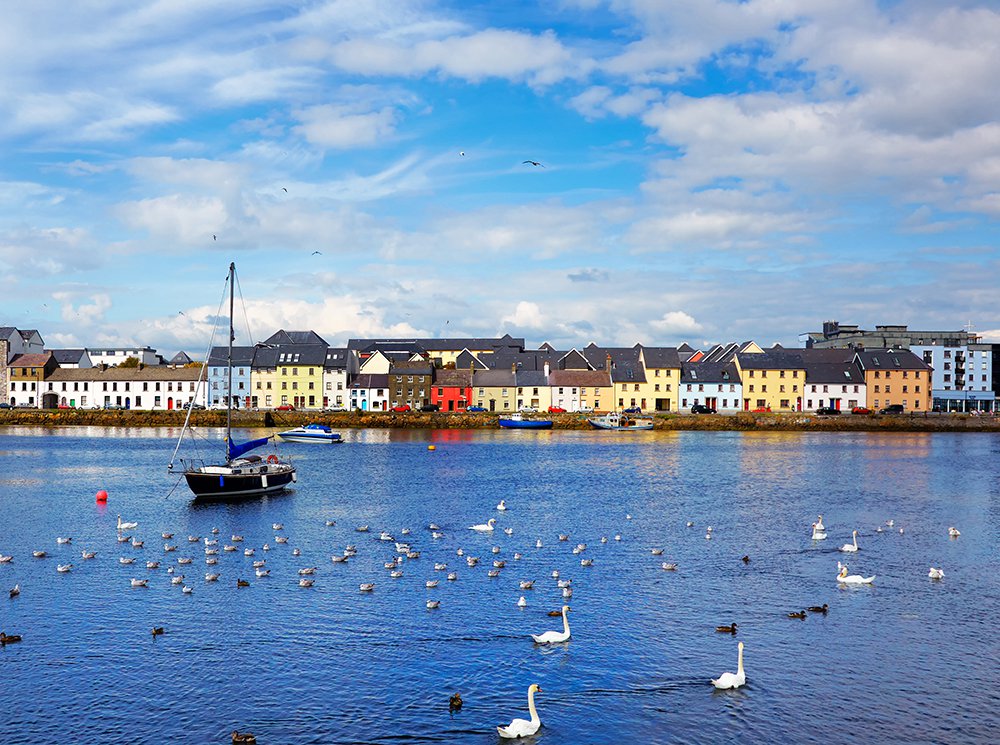 They had considered studying music in Dublin, but a chance encounter with an agent in Mexico changed their minds. He told them that Galway was a more relaxing city than Dublin and that they would love the pace of life.

“The agent told us that Dublin was a bigger city, that the rent was cheaper in Galway, and that Galway is more of a cultural city than Dublin. After talking to him, we decided to come to Galway. We have loved living here,” says Guillermo.

They also discovered that David Niland, director of GCI, is the Honorary Consul of Mexico in the West of Ireland. There has always been a wonderful connection between Mexico and GCI, with Mexican cultural celebrations taking place throughout the year.

An honorary consul is a lay representative of a government in another country and acts to assist and protect its citizens. The agreement also facilitates trade and friendship between the two countries. A consul works in a voluntary capacity and David is one of 30 international consuls in the whole country. He has jurisdiction in Galway, Clare, Mayo, Donegal and Leitrim. 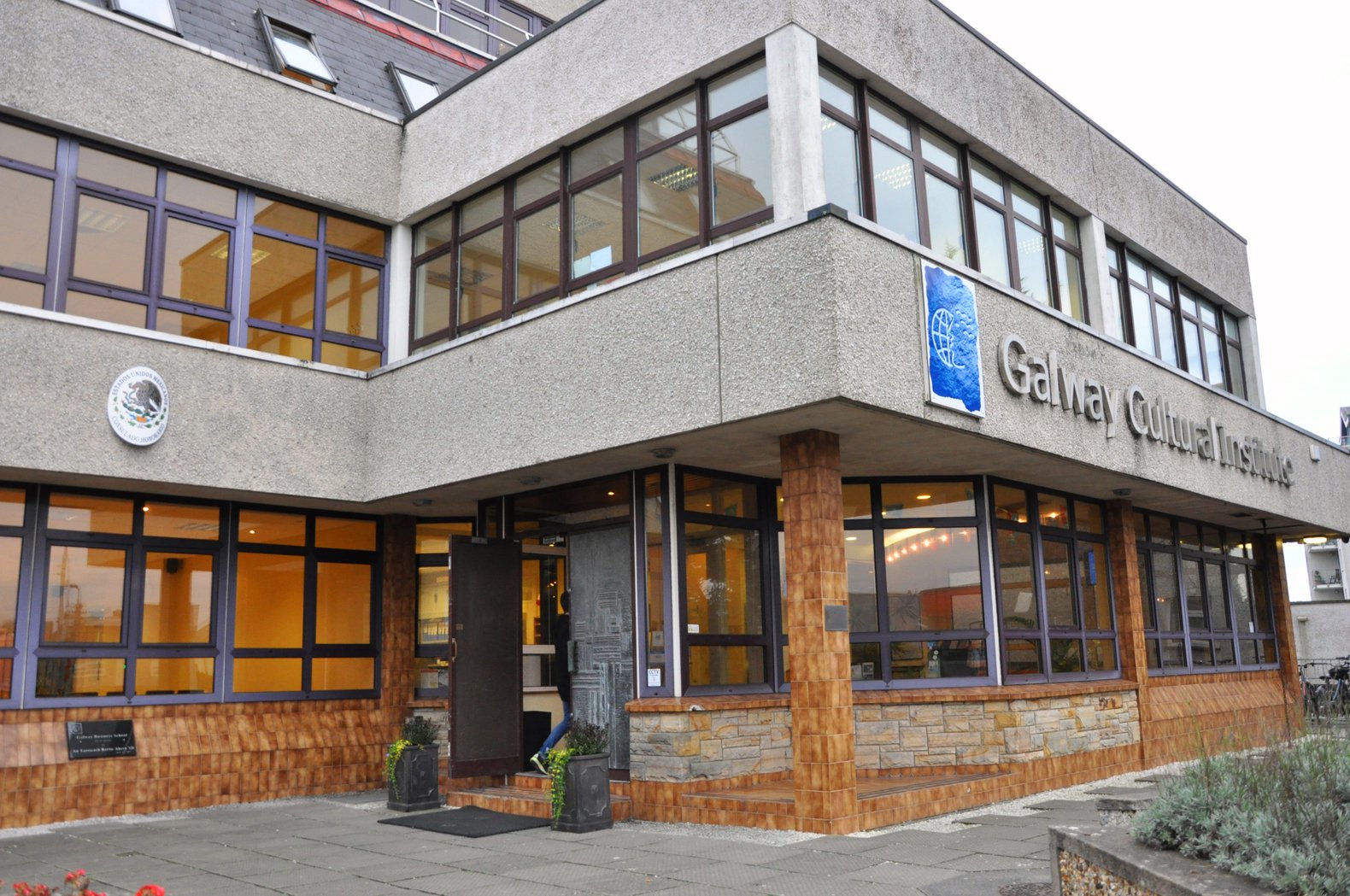 Honorary Consulate of Mexico in the West of Ireland

Both Guillermo (bass) and Caesar (guitar and vocals) began studying English at GCI, but they admitted that their main reason for coming to Galway was to promote their rock band.

It did not take them long to find a drummer, Thiago Paiva from Brazil. He was not lacking in confidence when he approached them in the gym.

“After three or four days in Galway, we decided to look for a drummer. We posted an advertisement on Facebook. We had responses from a few Irish guys. We had three of them, but they were not the type of drummer we were looking for,” says Guillermo.

“Then we went to the gym one day. Thiago came up to us and told us he had seen the ad. He was also studying English in Galway. My girlfriend said he looked just like Lemmy from Motorhead. He fitted right in and he has been with us for two years now!”

Guillermo and Caesar both made good friends at our language school. He says it was no problem when they lived together, studied together, and played music together. Caesar has since got his own place.

“We came here with a high level of English and we have made good friends for life in Galway. My brother and I have a good relationship, we respect each other and work together, and we used to have a recording studio in Mexico together,” he says.

Expanding his studies with a business degree

Guillermo dropped out of a university course in Mexico, but he has loved life in Galway and his new family at GCI so much that he decided to enrol for a Bachelor of Business course at the Galway Business School. This decision not only introduced him to new peers, business professionals and expert lecturers, but also allowed him to extend his stay in Ireland.

Our Bachelor of Business if a three-year undergraduate programme designed to give you a clearly structured, yet innovative education in business. The degree provides learners with a solid foundation for success in their future careers.

The business degree programme has opened new doors for our Mexican students as they meet other learners from all over the world focusing on getting a higher education in business in Ireland.

"It helps to have a good level of English before going to the Business School. The Bachelor is three years with an option of a fourth year. The English school is more relaxed, and fun, whereas we have to work hard at the business school and our lecturers really take a keen interest in our business plans and want them to succeed," he says.

He says that the school has been really good to the band. Directors Celestine Rowland and David Niland have allowed Bardon to rehearse in the school, to shoot a video on the roof, and they are planning to record an album at GCI outside school hours.

Who knows? The school could soon have huge rock stars!

“It is good to follow your dreams,” says Guillermo. “Even though we came here with a good level of English, we are not native speakers and we never will be. It’s always good to have someone to help you improve or to correct you.

“Even though we are Mexicans and the third guy is Brazilian, we call ourselves an Irish band. We have been on the go for four years, two years in Mexico and two here in Ireland. Music has been my life since as long as I can remember.”

Guillermo and Caesar are examining the prospect of opening up a shop to sell leather goods in Galway. Their lecturers at GBS are very impressed by their dedication and passion, both for their band and for developing a new business in the city.

“We used to have a leather goods shop in Guadalajara,” says Guillermo. “I am surprised that people in Ireland don’t wear much leather. They don’t realise you can buy high quality leather jackets which are light and waterproof. There’s a market here that we can exploit. We use both the band and the leather goods business for all the activities we have at the business school.”

Guillermo admits that life in Galway is much different to his experiences growing up in the much bigger city of Guadalajara. But he loves the change and the passion Galway people have for music.

“I come from a really big city and I really enjoy the peace and quiet of Galway, although sometimes I feel that it’s way too small. But we love it here!”

--  * A digital journalist based in Galway, Ireland, Ciaran Tierney won the Irish Current Affairs and Politics Blog of the Year award. Find him on Facebook  or Twitter here. Visit his website here - CiaranTierney.com.