Spoken English Mistakes Everyone Should Avoid

Many students feel, especially when they’ve just started out learning English, that speaking is the most difficult part. It takes a lot of confidence and knowledge to start putting sentences together and expressing your opinion in a language you don’t quite feel comfortable in. Even when students become more proficient, there are some common mistakes that can persist in their speech. Most of them are not that important, but some of them can lead to misunderstandings, especially when talking to native speakers. Here are some tips—for speakers of all abilities—to make your next conversation go a little smoother.

These pesky verbs have very similar meanings, but they imply different directions. The annoying thing about them is that they don’t have translatable equivalents in a lot of languages, so it can be very easy to mess them up. In English, they carry a lot of meaning, and if you use the wrong one, it can really confuse the person you’re talking to. So, remember:

Things come towards you and go away from you. You can only go away from the place you are or come back to it.

In the same way, you take things away from someone and bring them to someone as in, “Can I take your pencil for a moment? I’ll bring it right back!” 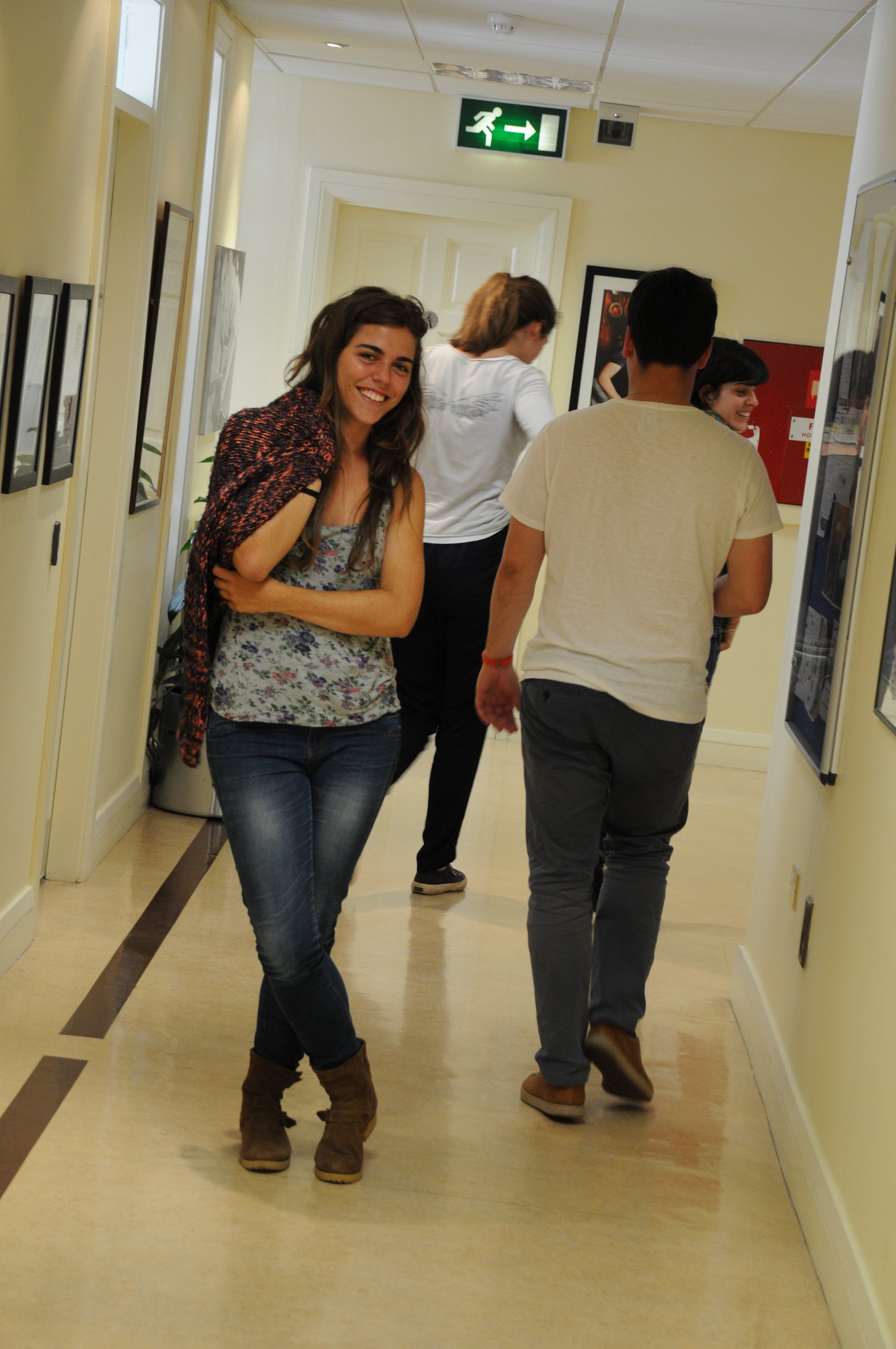 5. Overuse of will for future

This brings me to another common mistake. A lot of students when faced with the problem of composing a sentence in the future immediately look to will. It’s easy! Just slap on the base form of the verb you need and you’re on your way. The problem is that the more complicated form with going to + base form is much more versatile; we can use it in far more situations.

Will is limited to things like promises, spontaneous decisions, predictions (especially with I think, I’m afraid, I’m sure, I hope and probably) and future actions that are out of the speaker’s control. Normally when we talk about the future, though, we’re talking about our plans. Native speakers use going to far more often, and although we understand what you’re saying, when you say “Tomorrow I will go to the bank” it sounds wrong to us and we don’t know how to tell you why.

If you’re not sure, just stick with going to and practice using it more often. For example, “Now, I’m going to tell you about another common spoken mistake.”

4. Pronouncing sounds that aren’t there

It’s so easy to focus on grammar when we think about mistakes that learners are making, but the best thing you can do to make yourself better understood is to improve your pronunciation. When we’re listening to another person talking, our brain is actually always predicting what that person is going to say next. So, if a person says an unexpected sound that we don’t think should be there, it can cause major miscommunication.

When you’re learning new words, make sure you always pay close attention to the pronunciation. Online dictionaries very often have a sound file of someone pronouncing the word. Take note of any silent letters and of how many syllables are in the word. There are almost always fewer than you think.

Familiarise yourself with the English Phonemic Chart. It’s not nearly as scary as it looks.

3. Putting the emphasis on the wrong syllable

But pronunciation isn’t just about making the right sounds, it’s about knowing which sounds are most important. In pronunciation, incorrect syllable stress is actually the greatest source of misunderstanding between native and non-native speakers.

Pay close attention to whether you’re buying a record or trying to record a song and don't worry, it takes everyone a long time to perfect a perfect accent.

2. Translating from your native language

Second language speakers have a tendency of thinking of what they want to say in their own language and then trying to translate it into English, especially when they’re talking about something important. The truth is that this is impossible, not only because it takes too long and you’re making your brain do twice the work that it must, but because there is almost never a direct translation. If your language level is a little basic, that’s okay! You can get your ideas across anyway. Use the expressions, phrases and constructions that you’ve learnt. Use new expressions as much as you can so they become a part of your regular vocabulary, that’s the only way you’ll improve. Remember that a language isn’t just made up of words that are disconnected from each other. Try to learn new words in phrases and useful combinations and collocations so you can start using them straight away.

The most important thing, and the reason we learn a language, is to communicate. If you have something to say, even if you don’t think you have the vocabulary to say it, try. Making mistakes is an important part of the process of learning and you’ll never improve if you only use the language you know perfectly. Take risks and ask the native speakers around you to not be shy about correcting you. They might not be able to tell you why, but they will be able to tell you when you made an error and there’s no shame in it. We native speakers don’t sound nearly as good in Mandarin, French, Portuguese or Arabic either.

Choose your choice of course