Salthill, known as ‘Bóthar na Trá’ in Irish, is a seaside area in Galway city. It is situated on the northern shore of Galway Bay on the Irish Atlantic coast, and is about a 3km walk from the City Centre. Sathill is most famous for its beaches and Promenade, from which you can enjoy the breath-taking views of Galway Bay, the Clare hills, and sometimes the Aran Islands can be seen on the horizon.

Salthill’s main attraction is its promenade and many sandy beaches. The promenade is just over 3km long along the coastline. The promenade overlooks Galway Bay, while Salthill covers the northern shore, The Burren in Co.Clare covers the southern shore. The Burren is a unique landscape to Ireland made up of glaciated karst and limestone. The Burren is so unique that it is home to about 1100 plant species, which is about three quarters of the total flora found in the whole of Ireland. Depending on the weather, sometime you can clearly view the limestone landscape of the Burren, though other days you merely see hills or just clouds. And close to the entrance of the bay you may spot the famous Aran Islands of which there are three. This makes for a beautiful and unique view, no matter the weather, and as such Salthill has become a popular destination not only for tourists, but also for locals to go swimming, jogging, rollerblading or leisurely walks.

Salthill has an interesting history, starting as an outlying village to a now prosperous suburb. The area was once home to wealthy British landlords and from the mid-1800s it was a popular holiday destination. Salthill was changed in 1860 by the building of the Eglinton Hotel, and transformed even more so from October 1879 when a tramway was built linking the city with Salthill. However, the tram was discontinued in 1918 due to the effects of World War 1.

The area was flooded with new businesses as it grew as a holiday resort, with casinos, pubs and restaurants, many of which still exist today. Claudes amusement arcade dates back to the 1870s, and O'Connors pub which was established in 1845 and was opened as a bar in 1942 by Thomas O'Connor. 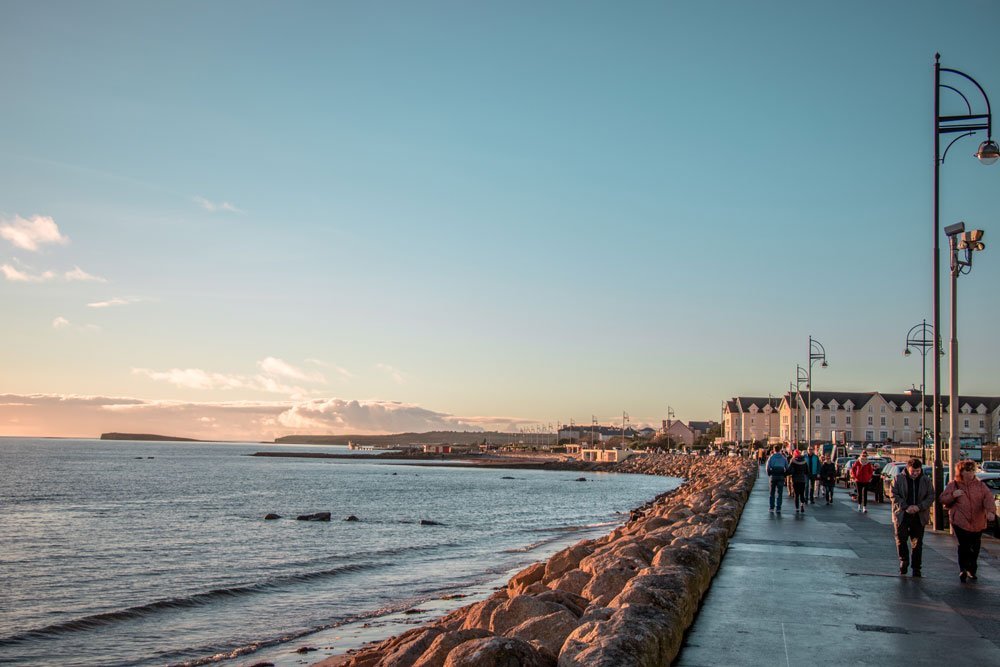 Salthill is also a place of many traditions and events, probably most notably is the popular and every growing swimming culture of the village. All year round no matter the weather you’ll find locals braving the cold Atlantic waters for their daily swims at Salthill’s famous Blackrock Diving tower. No matter the weather, you will always find this a busy spot in Salthill. The tower itself dates back to 1885 when it was just a basic springboard, and is easily one of the most photographed spots in Galway today.

It has been a long standing tradition over the past few decades for the people of Galway to gather at the town on Christmas say for a charity swim.

As it is a seaside town it’s important to note the tradition of fishing, particularly for mackerel. From mid-summer until December you may witness locals and tourists all along the prom hoping to catch mackerel for dinner.

While it can’t be denied that the main attractions to this coastal area are the sandy beaches and stunning views, the seaside resort does offer other attractions for those rainy Galway days. Salthill has the only public swimming complex, Leisureland with a large indoor heated swimming pool. The area boasts some of the city’s oldest casinos and amusement complexes, where locals and tourists of all ages go for bingo, slots or entertainment. You can also find a wide range of restaurants and bars in the area. 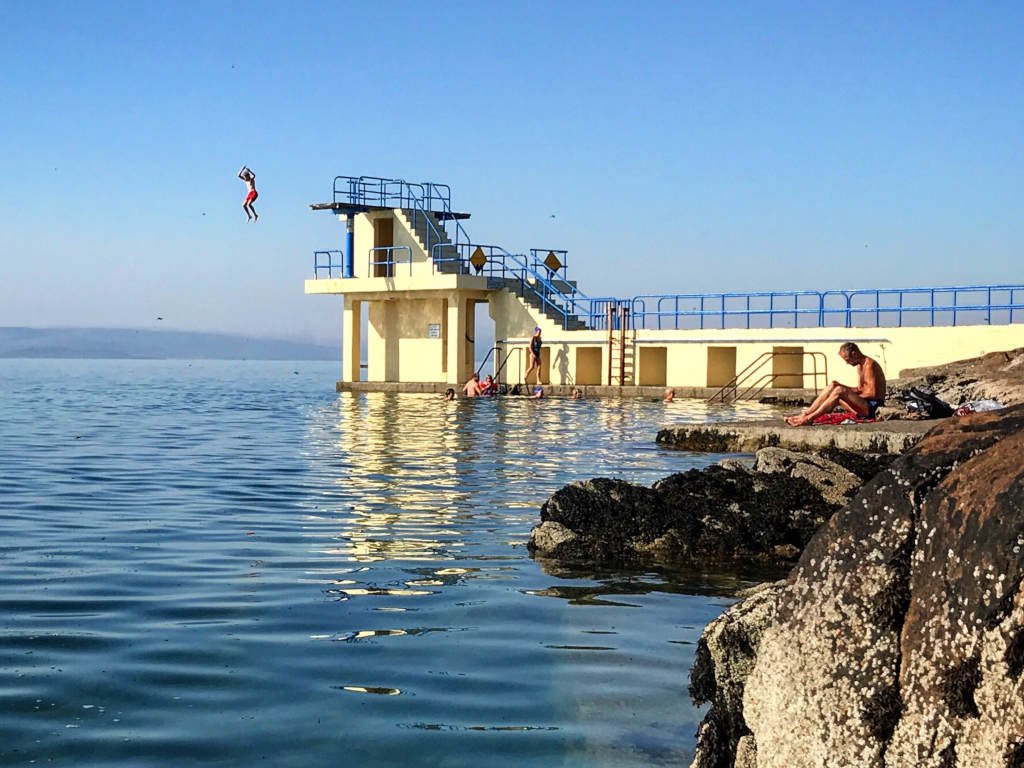