Why do they call it the 'Spanish Arch?'

The Spanish Arch is one of the last remaining pieces of Galway's historical city walls. As a medieval city, one of the main characteristics of Galway is that it used to have a wall that kept invading armies out.

Galway, the capital of culture for 2020 has historically always had a close trading relationship with both Spain and Portugal because of its location in Western Europe. The ruling class in Dublin once said that "Galway is more Spanish than Irish" because of the amount of Spaniards that took up residence here. For this reason, the arch was coined after the Spanish. The Spanish ships and galleons often would dock alongside the Arch. The famous explorer Christopher Columbus once visited Galway.

Sitting on the edge of the bustling City Centre

The Spanish Arch is located on the Corrib, just at the edge of the city centre and overlooks the Claddagh. The area that begins at Quay Street, is called the Latin Quarter. We recommend venturing up Kirwan's Lane and down to see the Hall of the Red Earl. Quay street is always alive with people and it's difficult to find it at a time where there isn't a soul there. We recommend going to Tigh Neachtain.

Just beyond the Spanish Arch is the Galway Museum and the Long Walk. The Long Walk used to be the place where boatmen would dry their ropes and sails after a day out at sea. The Long Walk has been made famous in recent years for featuring in the famous pop singer, Ed Sheeran's video, "Galway Girl". Before Ed Sheeran was famous, he used to busk on shop street. He has many Irish relations and used to come here during his summer holidays in school.

Havin' the craic down the Arch

There are always plenty of buskers down at the Spanish Arch and it always has a lovely peaceful atmosphere. We recommend that you chill out, shoot the breeze, pick up a bodhrán or a book and have the "craic" with the locals down the "Sparch".

Join us on one of our Walking Tours!

When you're at Galway Cultural Institute, we highly recommend that you partake in one of our walking tours. We show you the main stops around Galway City Centre and tell you all about the history of our home! 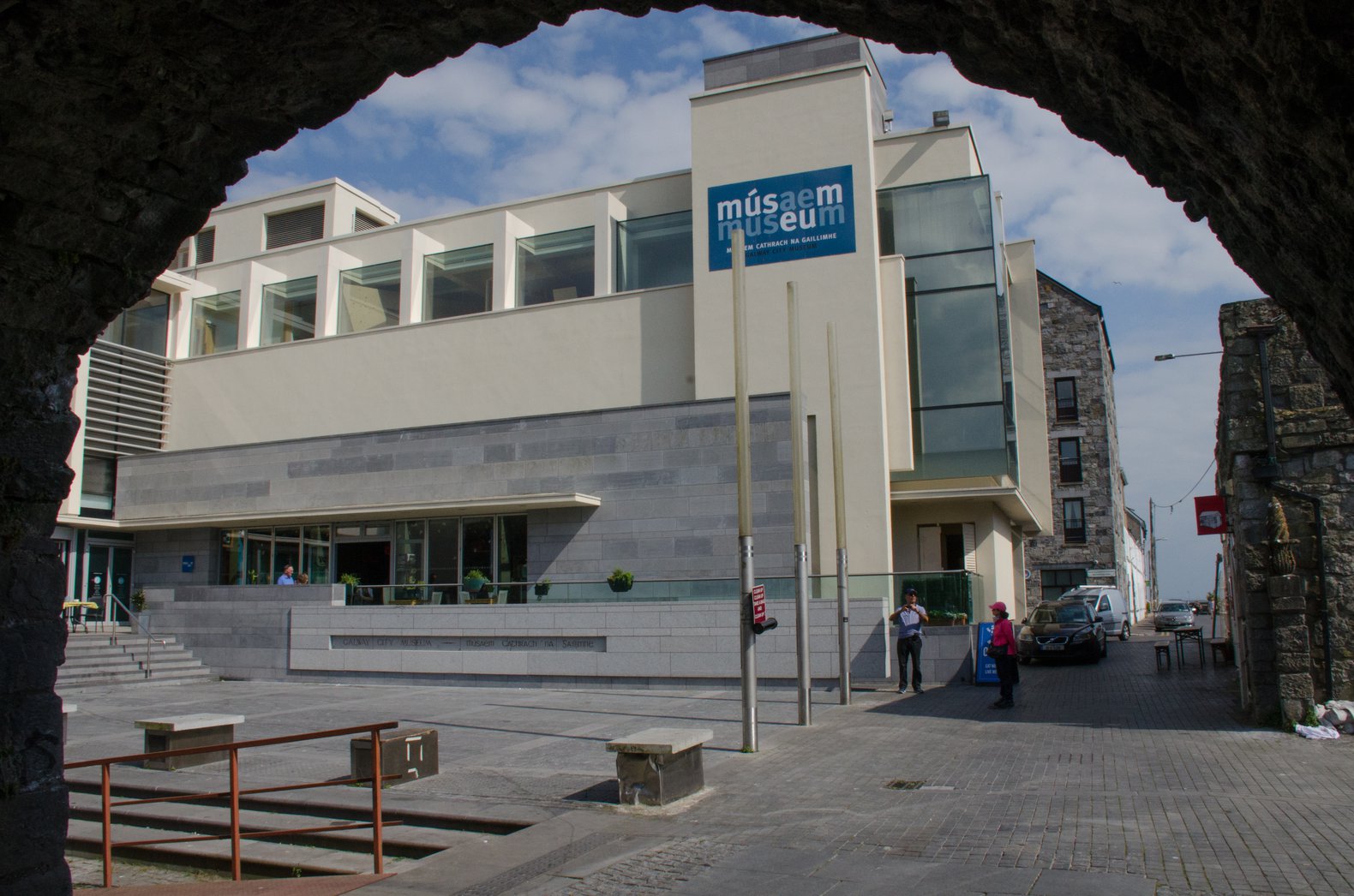